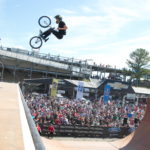 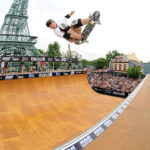 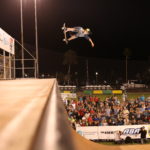 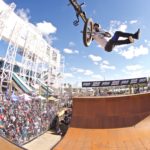 INDIALANTIC, FL (May 18, 2016) – ASA Entertainment and Six Flags Great Adventure have joined forces to bring top action sports athletes to the largest amusement park in the world. Immediately following the X Games, the same superstar athletes in BMX and Skateboard will fly to New Jersey to compete in a unique team half-pipe competition in front of local fans in the Tri-State Area. The two-day event will be held at the Stunt Show Arena in Movietown on June 11 – 12.

“The Action Sports Tour brings the world’s top X Games athletes for a day of competition among some of the world’s top coasters, and is sure to be one of the most exciting events of the season,” Six Flags Great Adventure Promotions and Special Events Manager, Walter Simon.

The event format consists of one BMX pro and one skateboarding pro serving as teammates in an innovative format that encourages fan engagement. Each team will battle head-to-head in individual runs, high-air, best trick and team doubles contest. In a twist to the way traditional contests are judged, people attending the event will be provided a voice into how the athletes finish in both the best trick and team doubles events, offering fans the ultimate level of interaction.

“We are incredibly excited to bring the Action Sports World Tour to Great Adventure,” said Rick Bratman, CEO of ASA Entertainment, the event’s producer. “There has not been a major action sports event in the Philadelphia – Central New Jersey area since the X Games left in 2002, so we are thrilled to offer locals the chance to watch the same superstar pros they see on TV all the time. Spectators will see huge stunts and mind-boggling tricks like something directly out of a video game.”

Tickets for the Action Sports World Tour will start at just $9.99 and will be available at the Stunt Show Arena box office in Movietown or via the Six Flags Great Adventure web site.