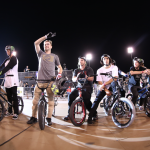 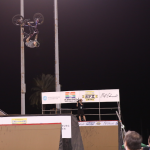 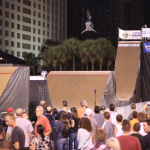 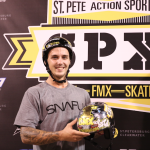 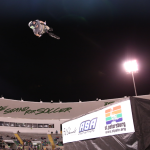 After 19 Rounds of Incredible Competition, Logan Martin edges out Nicholi Rogatkin for the Victory

St. Petersburg, Fla. (Dec. 6, 2015) – Logan Martin took the win on the final night of the 2015 St. Pete Action Sports event in the Big Air Triples competition against a stacked group of riders. He managed to battle all the way though the Battle Back round of the contest after a first-round loss to James Foster. Martin used a combination of huge technical tricks and remarkable consistency to advance past Pat Casey, Kevin Peraza and Scotty Cranmer in head-to-head match-ups to work his way back into the winner’s side of the bracket.

Martin secured the win in the Finals against former Big Air Triples Champion, Nicholi Rogatkin, by landing a combination of massive tricks including a front-flip barspin, to 360 triple downside whip, to a triple whip on the quarter-pipe.

“I love this style of contest, head-to-head knockout is a fun way to ride against your mates,” said Martin, who came into the Finals after taking home the top seed in yesterday’s qualifying round. “I’m stoked on how I rode tonight, the final with Nicholi was crazy. I had a few tricks I wanted to do, so I’m glad I went for it.”

Rogatkin, landed a cash roll to quad tailwhip to secure a spot in the Finals, while one of the youngest competitors in the group, Colton Walker, finished equal third with veteran Colton Satterfield. 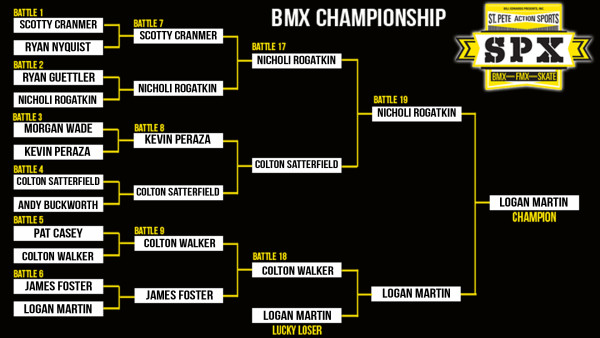 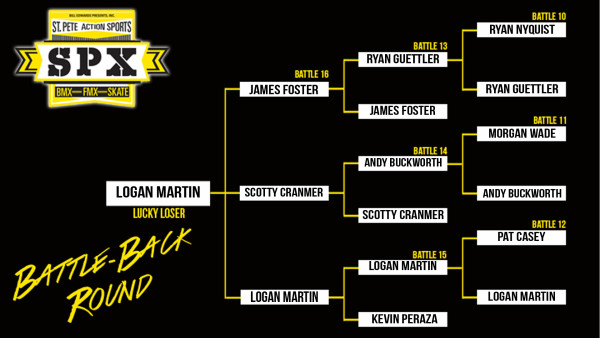