A look back at the 2007 Action Sports World Tour 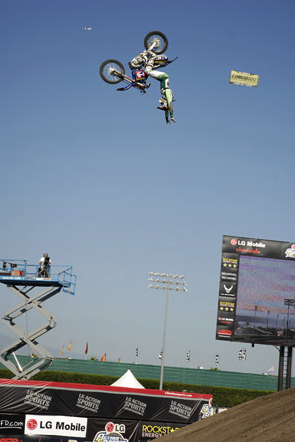 Jeremy “Twitch” Stenberg, no-handed backflip, on his way to victory at the 2007 LG Action Sports World Championships of FMX. 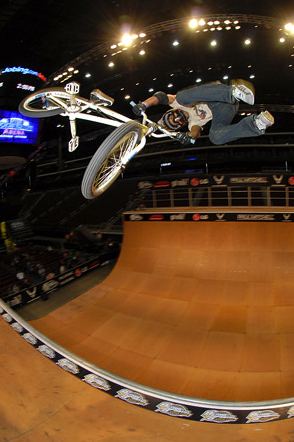 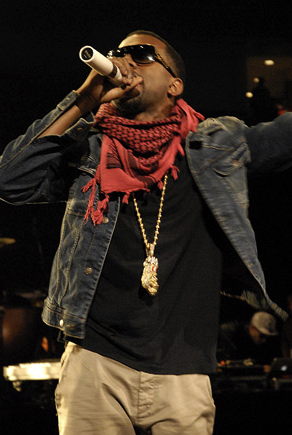 The 2007 Action Sports World Tour was packed with highlights. The action was out of hand, and the musical performances were top notch. We hit up some great cities, with some great crowds, rounding out another great year. Picking my favorite moments was tough, but I managed to narrow it down, as subjective as it may be!

Here are my top-ten highlights from the past year’s events, in no particular order.

After a year riddled with injuries, recovery, and more injuries, Jeremy Twitch Stenberg came back big in Pomona to take the LG Action Sports World Championship of FMX. Last year, two broken ankles had Twitch watching from the sidelines. This year, the hometown crowd backed Twitch through four rounds of head-to-head competition. In the final round, Twitch beat out Mat Rebeaud and favorite Nate Adams to win the title.

BMX park/street contests have been all about Daniel Dhers for the past two years. The unstoppable South American has won everything in his path, that is, until hometown boy Morgan Wade rolled into the Reunion Arena. Morgan brought his usual assault of original lines and huge transfers to the course, and when the dust had settled, he kept the LG Championship in Texas. The good ol’ boy from Tyler, Texas won it all!

When the high-flying Japanese brothers Yasutoko hit the ramp, all eyes are on them. Often soaring a good two feet above the rest of the pack, it just looks absolutely effortless. Couple that with spinning tricks and a variety of flips, and you’d think you’re watching a video game. The 14-foot vert ramp on the Action Sports World Tour sends these two kids to ridiculous heights… you can’t help but watch every minute they’re on the ramp.

Austin Coleman is one of the few riders you’ll find competing in street, vert and even dirt. The past few years, Austin has been coming up big, and has all the tricks to make him into a top competitor. At the Action Sports World Tour stop in Glendale, Arizona, Austin surprised more than a few people by pulling out a downside double tailwhip on the vert ramp. The trick had been done a few times on mini ramps — by riders such as the UK’s athlete_link here starts infobox Ben Wallace — but to throw it down on a vert ramp was unheard of. Austin was so dialed with it he was throwing them down in practice!

Snow on the Beach

Snow just doesn’t happen on the beaches of San Diego, but the S3 Supergirl Jam changed all that. For one afternoon, two truckloads of ice were hauled in, ground up, and spread over a rail course on Mission Beach for some of the best female snowboarders in the world to go head-to-head. The fun didn’t stop there either. The one day all female event hosted a fashion show, vert demos, and a street contest… of course for women only!

Danny Mayer Brings the Kickflip McTwists to His Contest Runs

For the past few years Danny Mayer has won several best trick contests with the Kickflip McTwist. Few people in the world have ever landed the trick, and most thought it would be relegated to jam format best trick events forever. That is, until Danny Mayer unleashed it during his competition run in San Diego, not once, but three times! The crowd at the Action Sports World Tour in Mission Beach, CA got to witness something amazing, and Danny took home third place for his efforts.

Sixteen year-old Dennis Enarson proved this year that he’s a force to be reckoned with, and the Action Sports World Tour in Glendale, Arizona was one of his highlights. The first ever BMX Box Jump contest (what riders were calling dirtless dirt jumping) brought out some of the best in the world including Anthony Napolitan, Ryan Guettler, and Steven McCann. In the end, none of the veterans could hold off young Enarson, as he took first in the Prelims and the finals. Dennis showed what BMX would look like in the future, and the crowd loved it.

Injuries held Pierre-Luc Gagnon back a bit in 2006, but in 2007 he proved that he is indeed the one to watch on vert. PLG won every stop of the Action Sports World Tour, including the 2007 LG Action Sports World Championships in Dallas. In addition Pierre took home a couple wins on the Dew Tour, along with a Silver Medal at X Games 13. Not bad indeed!

Something is in the water in Brazil. From vert skaters like Bob Burnquist and athlete_link here starts infobox Sandro Dias, to inline skater Fabiola da Silva, Brazilians seem to always be at the top of their game. Skateboard street is no different. This year at the LG Action Sports World Championships, five of the 10 finalists in Skate Street were Brazilians! To say the odds were in the favor would be an understatement, especially with defending champion Rodolfo Ramos in the mix. First place qualifier Danilo do Rosario (also Brazilian) looked like he might be poised to shake up the podium, but falls in the finals left the door wide up for Ramos to repeat.

The musical lineup on this years tour was several steps above previous years. Bands like Hawthorne Heights, The Starting Line, The Donnas, Ludacris, and even Blake Lewis, the beat box guy from American Idol, all took the stage this year on the Action Sports World Tour. The fans in Dallas were in for a treat, however, as multi-platinum recording artist Kanye West headlined the 2007 LG Action Sports World Championships. The athletes love Kanye, and every one of them was out watching the amazing performance.